A Night At The Sorrento 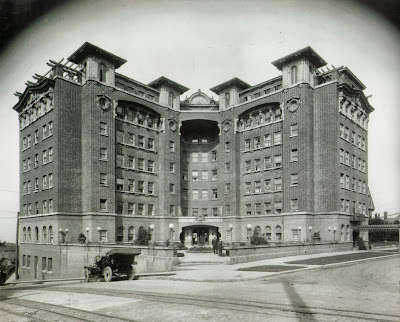 A city as old and diverse as Seattle is bound to have some skeletons. Luckily for you, you don't have to go digging for them. All you need to do is rent a hotel room for the night. It seems as though Seattle's past remains "alive" and well within the walls of some of Seattle's oldest, and most haunted, hotels.

Even back in the 1900's, Seattleites were marijuana supporters. Alice B. Toklas was credited with the invention of pot brownies back in 1954. Today she is credited with roaming the halls of The Sorrento Hotel, specifically the fourth floor, and even more specifically in and around room 408. When asked about their ghost, The Sorrento Hotel responded, "Our ghost is very hip".
With the Sorrento being one of Seattle's oldest hotels, and its classically elegant attire, it shouldn't come as a surprise that Toklas chose it to be her place of eternal residency. Recently, The Stranger received detailed information about Toklas. "Be on the lookout for a female apparition who reveals her presence on the fourth floor or by moving glasses on the bar," the travel publication Coastal Living advised last year, adding, "One locals claims she saw an odd-looking woman walking past the hotel one evening. The woman was wearing dark-colored vintage clothing and carrying a parasol. Not until later did she learn about Alice B. Toklas, who at the turn of the century lived on the block where the Sorrento stands and is now rumored to wander its halls at night."
The hotel is also said to be haunted by an black jazz musician. I once tried to book the room that is believed to be haunted for New Years Eve. It was not available, but I did get to see my very favorite Seattle band, The Missionary Position, whose singer, Jefferson " The Bee Charmer " Angell, and pianist, Benjamin Anderson, are also in The Walking Papers, Seattle's hottest band right now.

It was one of the nicest New Year's Eves I've ever had.  Duff McKagan, who plays bass with them in Walking Papers, was there with his wife, as well as many other great Seattle musicians and friends of the band.

The videos are a little dark and the setting casual and informal, but the music is wonderful.  We tried to sneak up to the 4th floor for a glimpse of the ghost, but we were having too much fun watching the band.

I highly recommend this hotel if you're coming to Seattle as well as the band, whose album you can buy right here on Xanaland's Grunge Story Teller Blog...who knows, you may get a glimpse of a ghost, or mabe even a Bee Charmer! 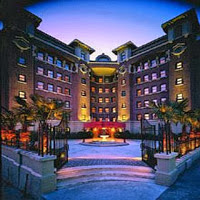